Education felt out of this world for schoolchildren when their questions were answered by astronauts on the International Space Station.

The off-planet field trip was thanks to a project organised by Professor David Alexander OBE.

The director of the Space Institute at Rice University in Houston, Texas, brought together teams from Houston, Scotland and Ecuador.

They worked with NASA, who opened a live link to the Station and played videos of the children putting questions to astronauts Kate Rubins and Shannon Walker.

Professor Alexander said: “We’re hoping this will be the start of something exciting, creating great relationships and inspiring students to pursue opportunities in the space sector.

“Talking live to the Space Station is a very rare event. We were so thrilled with the excitement it generated in the participating schools.”

A total of 1239 delegates signed up to listen to the astronauts as they answered questions. These ranged from how much does a space suit weigh to how much packaging is needed for food in space.

Attendees also had the opportunity to ask questions of a panel of space experts.

The event featured Bonnie Dunbar, one of only 65 women to go into space. She was joined by Serena Auňón-Chancellor, who has visited the Space Station twice.

It was chaired by broadcaster Kim McAllister and Dr Murray Collins, space lead at the University of Edinburgh.

“Bringing two more female astronauts to the party was a very rare treat. It’s just a great showcase of partnership working for the benefit of education.”

Watch a recording of the event with your own students!

The Be Kind programme teaching empathy and understanding

Education plays a huge role in the welfare of dogs around the world. When humans learn to respect these incredible animals and appreciate the many wonderful…

In Tao philosophy there’s an expression: The journey is the reward. For teachers this is undoubtedly true. The job satisfaction of imparting knowledge, gained throughout the…

This site uses Akismet to reduce spam. Learn how your comment data is processed. 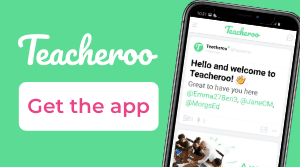